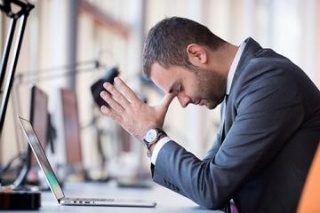 We don’t think there’s a single broker out there with a perfect track record. Along with the wins, of course, everyone has had their share of losses. But top brokers know that there’s no point letting a loss go to waste—you might as well learn from it. Sometimes things fall apart no matter what you do. But other times, you look back and think, “OK, next time I’m playing this differently.”

We asked brokers across the nation to tell us about the deals they’ve lost and what they learned from them. Here’s what they had to say:

1. If your approach doesn’t work, change it.

Sam Tabani, founder and managing broker of Tabani Real Estate, says that his team might have notched up a few more wins with a different approach to marketing.

“We could have marketed some listings differently,” he says. “For example: listings that we opened to the public first that didn’t get traction in a timely manner and then expired.”

2. Know exactly what your audience cares about.

Justin Tunnell Morris, Senior Director at Lee & Associates in Houston, say that past deals have taught him the value of being prepared.

“One deal serves as a constant reminder to be prepared prior to every meeting,” he says. “Not just prepared with the standard marketing material and market knowledge, but also having background information on my audience in advance of the meeting.”

For him, that means knowing who will be at the meeting, and what matters to them. “Are they engineers by education, or business development people? Will an operations person be present? Knowing my audience in advance can give me a better understanding of what kind of information I need to provide, and how to present it.”

Kevin Vandenboss of Vandenboss Commercial says, “It’s hard to pinpoint one exact deal, but I know there are a handful I’ve lost that, looking back, it’s for a common reason. And that is not being aggressive enough.”

“Now when I’m teaching my agents, one of the most important things I stress is staying aggressive. I tell them to assume that everyone else working on the deal wants to get out of it, and you’re the only one trying to keep it together.”

Scott Hensley of Piedmont Properties agrees that staying on top of a deal and following up are crucial. “I have lost too many deals to count over my career due to a lack of follow up or timely follow up. We have a saying: ‘It is not who you know but when you know them.’ It relates to putting yourself in the right place at the right time.”

Hensley says that the type of relationship he has with a client dictates how frequently he follows up. “If I sold a client a building and this is their only location, then I schedule annual follow ups. I have other clients with multiple locations or numerous requirements and with those the frequency is usually quarterly or biannually.”

Vandenboss advises: “You really need to stay on top of everybody until they either disappear completely or tell you they’re not going to do something.”

He believes that it’s also important to get deals done as quickly as possible, within reason. “If you give any deal—I don’t care what it is—enough time, if you let it hang out there long enough, something will kill it. I think every deal has a shelf life.”