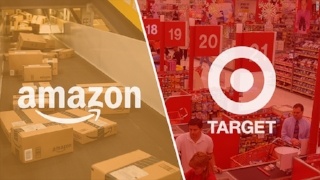 After buying Whole Foods for $13.7 billion, it seems like everyone has the same question: who will Amazon buy next? Predictions range from the sensible to the outlandish, yet of all possible contenders, Target is getting the most attention.

Well-known technology analyst Gene Munster recently predicted Amazon will buy Target sometime this year. With a current market cap approaching $42 billion, that’s a bold prediction, but it’s not unbelievable. Yet the deal is certainly not a sure thing and there are good reasons to think it won’t become a reality. While nobody can say for sure if Amazon will move to acquire Target, any potential deal would have an enormous impact on retail real estate and the technology it depends on.

The two would make a good pair

Despite e-commerce’s success, brick-and-mortar retail will always have its place. Munster predicts e-commerce will eventually grow to account for 55% of total U.S. retail sales, and while that’s way above its current 10%, it still leaves 45% of the retail market offline. That chunk is too big to ignore.

The Whole Foods deal shows Amazon is serious about capturing offline sales, and buying Target would give the company an additional 1,834 physical stores to further that goal.

Although below Amazon and Whole Foods, Target’s figure is still significantly above the U.S. median household income of $55,322. Acquiring Target could help Amazon further cement its dominance among high-income consumers.

Target’s real estate could be a problem

Target’s 1,834 physical locations are part of its appeal, but a sizable amount of those stores could be more trouble than they’re worth. The retailer owns the majority of its real estate and some of its stores are struggling as e-commerce grows and consumer preferences change.

Although Target is shifting its real estate strategy to focus more on small urban stores than the huge suburban locations it’s known for, the transformation is far from complete. If Amazon bought Target it would be forced to manage all of its stores, a good number of which are struggling thanks to Amazon itself.

That’s because Amazon already excels in many of Target’s areas of business. Unlike Whole Foods, which gives Amazon expertise and success in a business area it struggled in, Target may not have as much to offer.

The retailer makes many of its sales in areas Amazon already dominates, including household essentials and electronics. Amazon may benefit from Target’s strong apparel department, but it’s unclear if that mixed with Target’s real estate portfolio adds enough value for Amazon to make its largest acquisition yet.

From shelves stocked by robots to smart stores with few employees, Munster predicts an Amazon-Target takeover would speed up change in retail real estate. While many of these changes are already underway in some form or another, Target’s existing store count would give Amazon the perfect opportunity to expand new technologies.

Amazon is already testing some of that technology in its Amazon Go store, which opened for company employees in Seattle last year. The store uses a combination of machine-learning technology, sensors and the Amazon Go app to completely bypass the checkout process. Customers simply collect the items they want and leave; Amazon charges them as they walk out the door. While Amazon Go is still in the development phase, it’s likely this type of technology will eventually be implemented in Whole Foods, and if Munster is right, also in Target.

Although nobody knows who, if anyone, Amazon is gearing up to acquire, the Whole Foods buyout shows that the king of e-commerce is serious about brick-and-mortar. And if Target is next in line, a technological revolution could hit retail real estate sooner than we think.