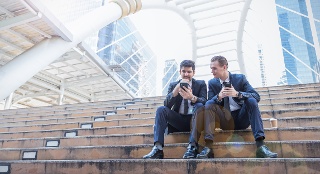 This article was initially posted on GlobeSt.com.

It’s been a generation coming, and in the past five years we’ve seen the pace accelerate. Now, it’s crystal clear: for commercial real estate technology, including automation across a variety of applications, we’re past the tipping point. The era of adoption is upon us. The effects are acutely apparent, though the industry continues to grapple with vexing but surmountable challenges including a lack of consistent data standards.

In our business — productivity software for commercial real estate brokers — we’ve seen the signs everywhere. In 2017, according to a Buildout survey, 48% of brokers had adopted customer relationship management (CRM) software. By the end of last year, according to the same source, 64% of commercial brokers were using some form of CRM. No longer is the application a nice-to-have; it’s become a must-have.