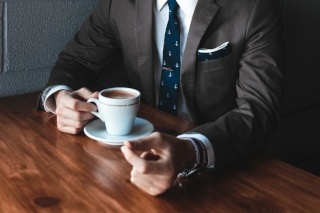 What’s the biggest error you could possibly make while prospecting?

Making the conversation all about you.

You may not think you’re guilty of this, but according to Rod Santomassimo at The Massimo Group, it’s the most common prospecting gaffe he sees brokers make, no matter how experienced or successful they are.

Here’s a quick way to figure out if you’re making this mistake, too. Take a look at the last email you sent to a prospect. How many of those sentences begin with “I”? Or think back to your last voicemail. Did it begin with something like “I’m calling about your property…” or “I am calling because I’d like to…”

It feels so natural to begin statements this way. But the problem is that it immediately turns the conversation into something about you, instead of about the prospect and the things they care about.

We know it’s easy to say, “make it all about the prospect,” but how do you actually do that? How exactly do you start great conversations or leave great voicemails, while graciously making the conversation about your prospect’s needs?

We’ve put together a framework that can help you shift the focus to the other person during your next conversation. The next time you’re talking to a prospect, here’s how to make your words more powerful:

Instead of saying: “I’m calling about a great new property. Are you looking to buy?”

Try saying: “You recently expanded your team—congratulations. With all those new people coming onboard, how do you feel about a bigger office space?”

Not only does this frame things in terms of your prospect’s needs, but saying “How do you feel…” instead of “Are you….” makes it doubly-effective. It prompts a more open response and continues the conversation. “Are you looking to buy”, on the other hand, encourages a yes/no answer that can lead to a dead end.

Instead of saying: “The reason for my call is to meet with you and tell you about our services.”

“Let me tell you about our services” wins the award for most boring thing to say to a prospect, ever. But inviting them to imagine what’s possible opens the conversation up in a whole new way, and helps overcome resistance.

Instead of saying: “I am a broker who specializes in retail space in X, Y, Z location.”

Try saying: “If you are looking for retail space in this location, you can save a lot on a lease and get in the door in a few short weeks—how would you feel about that?”

This works because it plunges right into the tangible benefits you can offer the prospect, rather than a ho-hum introduction that leaves them to connect the dots about who you are and why you’re calling.

Instead of saying: “I’d like to hear more about your needs.”

Try saying: “What’s the best-case scenario for your new space?”

This is an often-used and seemingly innocent phrase. But notice how even though you’re saying the exact same thing in both examples, the second is much more powerful. That’s because it invites the prospect to imagine the possibilities again, and turns the focus back on what they want, not what you want to hear.

Instead of saying: “I appreciate your time.”

Try saying: “Thank you for giving me your time today, NAME.”

Here’s why this little change works extra well: studies show that thanking a person for their time makes them more receptive to you, and more likely to help you in the future.

As a final example, imagine that you’re out and bump into someone who could end up being a prospect. They ask what you do. How do you respond?

Instead of saying: “My name is Frank and I am a commercial real estate broker specializing in warehouse space.”

Try saying: “You know all those packages you order online? They have to sit somewhere before they reach you. I help businesses find the right warehouse space to store all those online products, so they can ship them to customers quickly and easily.”

A word of caution: the above examples are not meant to be used as a script, so memorize them at your peril. Instead, use them as a framework to help you turn “me” or “I”-centric statements into more you-centric conversations.

We hope these insights help you look at your own sales language in a new way. Think about phrases you use frequently, and consider ways to say the same thing in a more prospect-oriented way. Little tweaks like these can lead to more meaningful conversations with prospects—and ultimately more business for you.