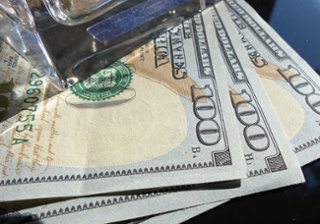 Today is Tax Day in the United States. The majority of commercial real estate brokers filed their tax returns in advance and owe Uncle Sam money, according to the latest Apto National Broker Buzz Poll. The poll was conducted between April 1 and April 10.

According to survey results, 30% of brokers say they have been negatively affected by new federal limits on the deductibility of state and local taxes. These changes and others were signed into law by President Trump in late 2017, and took effect beginning with the 2018 tax year.

Notwithstanding their politics, brokers also say the Trump tax-code changes generally have been a net-positive for themselves personally and for their businesses.

Here are the survey results:

Commenting on the poll results, Tanner McGraw, founder of Apto, said, “Once again, we see that commercial brokers are on the ball. Nobody executes better, especially on a deadline. So I’m not surprised to see most brokers have filed their taxes on time.”

McGraw noted that the survey results align with an earlier Apto poll from December 2018 that showed the majority of brokers made more money in 2018 than 2017, so it’s not surprising they are paying more in taxes now. Unclear is whether this is due to effectively higher rates for some brokers due to the limitation of deductions, or simply because they made more money in 2018.

McGraw added: “Regardless of where people stand politically, the poll demonstrates that the Trump tax-changes have been a net-plus for commercial brokers economically. Brokers generally benefit from macroeconomic growth and activity in their markets, which the tax changes and anti-regulatory posture of the White House were intended to encourage.”

Thanks to members of the commercial real estate brokerage community who participated in the latest Apto National Broker Buzz Poll, which surveyed thousands of Apto customers and non-customers.

Apto customers include thousands of independent brokers around the world, as well as multinational brokerages CBRE, JLL, NKF, Cushman & Wakefield and others. Headquartered in Denver, Apto is one of the fastest-growing private companies in the U.S., as ranked by Inc. magazine three years in a row. For more information, visit https://www.apto.com/.