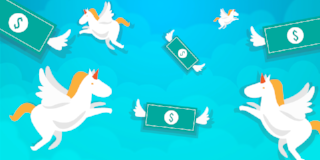 Every broker wants to catch a unicorn.

If you can find the next billion-dollar startup early, then you can ride that relationship as they grow. And then maybe retire early.

But like most things, the task of finding tomorrow’s unicorn is a lot easier if you know where to look. And if you don’t live in Silicon Valley or New York City, don’t despair — experts are predicting the next unicorns will come from smaller, burgeoning tech markets across the country.

So from making connections at top universities to attending the right events, follow these steps to put yourself in the best position possible to catch your market’s next unicorn early on so you can keep that relationship for the long term.

Driven, passionate and successful people tend to congregate in similar places. If you want to meet these people, you’ll need to be there too. From San Francisco to Denver, check out these events to rub shoulders with your market’s most exciting innovators:

Lots of startups work out of coworking sites, so if you want to meet your area’s next unicorn, those sites are a great place to start.

While everyone’s heard of WeWork, don’t ignore smaller coworking providers in your area. Companies like Galvanize and TechSpace house startups in major cities like New York, Los Angeles and San Francisco, but they also have sites in smaller markets including Austin, Denver, Boulder and Phoenix.

Grab a day pass at a local coworking site and start making friends at the startups in your market. When some of those companies eventually decide to lease their own office space, don’t be surprised if you are the first person they call.

You have to think creatively to catch a unicorn. Making connections at the top universities in your market is one way to do that.

Some of the most successful unicorns were founded by students. Facebook got started at Harvard and GrubHub sprung to life at The University of Chicago. Whether it’s The Entrepreneurial Process at Brown or Princeton’s High Tech Entrepreneurship, get to know your local universities and find out which courses are breeding the most exciting companies.

While you probably won’t be able to sit in on classes without being a student, there’s nothing stopping you from reaching out to professors in your area. Let them know you’d be happy to meet with students to talk to them about the local market. Your advice could help them out on a project, and if their idea turns into a successful company, you’ll already have your foot in the door.

You won’t always know where the most exciting startups are in your market, but maybe someone in your network does. After all, networking isn’t only about finding people who are looking for space now, it’s also about planting a seed that could take years to grow.

Whether it’s prospecting to fill your pipeline or working to capture tomorrow’s generation of unicorns, your network is your greatest tool. It’s the bedrock of your success, so don’t hesitate to tap into your network in your hunt for unicorns. While you’ll probably have to use several of the above strategies to forge connections at successful startups, leveraging your network in the process will help revitalize old connections and could put you in touch with your target audience.

Lets face it, capturing your market’s next unicorn is a long shot. But that doesn’t mean it’s a waste of time to try.

Use the above tips to give yourself a shot at locating and connecting with emerging companies in your market. Even if none of those companies become the next Uber, you’ll still have made important connections along the way that will win you more business. From attending local events to making connections at top universities in your market, use the above tips to boost your prospecting game to new heights.

And who knows, you might even catch a unicorn in the process.