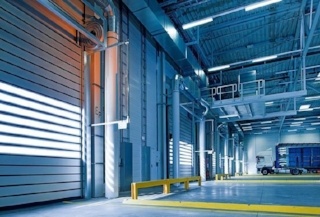 Big-box warehouses are officially worth more than office buildings.

You read that right.

That’s according to a Colliers International report, which said that in 2017 big-box warehouses (measuring at least 200,000 square feet and boasting 28-foot ceilings) sold at an average capitalization rate of 5.8%. That’s below the 6.7% cap rate for all U.S. office space and nearly beats the 5.7% rate for offices in central business districts, Bloomberg reports.

Cap rates measure yield, and lower rates signify a greater value. So how is it that warehouses, a sector often overlooked just a few years ago, are now more valuable than offices?

From e-commerce’s booming growth to falling office investment, here’s what you need to know about this paradigm shift.

Warehouse demand is directly linked to e-commerce. Amazon and everyone else needs a place to store their stuff, and luckily for industrial real estate, e-commerce is in the midst of breakneck growth.

Colliers said online sales now account for more than 10% of all North American non-auto retail sales. That’s a far cry from a decade ago, when e-commerce accounted for just 3.5% of total retail sales. And despite it’s massive growth, most experts agree e-commerce is still in its infancy.

As technology improves and services like same-day delivery become more feasible, we can expect e-commerce to keep gobbling up a larger percentage of total sales. That means warehouse demand should keep rising into the foreseeable future.

By the end of 2017 the Cincinnati market leased nearly 8 million square feet of big-box product. That’s more than double the amount leased in 2016 and by far the most in the market’s history.

3. Record numbers across the board

Everything about the big-box industrial sector is booming. Last year overall net absorption hit 116 million square feet, an all-time high, while the overall vacancy rate fell to an all-time low of just 6.9%.

That’s even more impressive considering 2017 also experienced the sector’s highest level of new development. Developers unleashed some 128 million square feet of new product into the marketplace, yet demand was robust enough to push vacancy rates to a record low.

Demand from Amazon, logistics companies and wholesalers is expected to continue this year as developers push a record-high 120 million square feet of big-box space through the pipeline.

While it’s clear that e-commerce is pushing industrial markets to new heights, that doesn’t mean the office sector is floundering.

According to another Colliers report the U.S. office market ended 2017 on several strong notes. Office occupancy rates are at peak levels and rents are holding steady. But rent growth is slowing down — office markets ended 2017 with an annual rent growth of just 1.8%, down two-thirds from 2016’s 5.4% rate.

On the negative side, office sales volume fell 8% last year as investors turn away from central business districts to focus on higher yielding suburban properties.

It’s true that the industrial sector is experiencing record levels of success, but that success is not coming at the expense of office markets (retail is a different story). Instead, Colliers said there are no immediate signs that the office sector is in store for a market correction.

But it does look like offices are losing out in terms of raw value to big-box warehouses. From e-commerce’s explosive growth to record levels of big-box absorption and development, 2018 could very well represent a paradigm shift in CRE as warehouses cement themselves as the most valuable asset class.