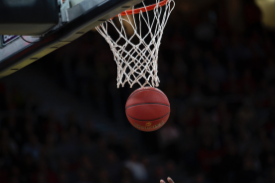 Commercial real estate brokers aren’t typically slackers, but for “March Madness” now under way, slacking may be allowed if not acceptable. Hey, you have to relax some time!

In a rarity for high-performing real estate pros, most brokers expect to be fixated on their brackets, and thus are less productive, during the NCAA men’s basketball tournament. A significant number also plan to sleep less during the tournament in order to watch the games, according to the latest Apto National Broker Buzz Poll, which was conducted last week by Apto.

Here’s what we learned from the broker survey:

Commenting on the poll results, Apto Founder Tanner McGraw said: “The best brokers are typically the most honest, the most knowledgeable and the most productive, so it’s heartening to see brokers admit they expect to be somewhat less productive during the basketball tournament. Still, I fully expect that every real estate deal that needs to close over the next two weeks will be crushed before the buzzer sounds. Commercial brokers can multitask… they will get it done!”

Brokers also predicted which teams would make the Final Four round of the tournament and win the championship. Here are the predictions:

Duke as the reigning NCAA champ? Apto’s McGraw offered some perspective: “We love to love Duke and we love to hate them. Let’s just say: May the best team win, and may it be a really fun tournament.”

At the end of the tournament, Apto will identify and announce any of the individual survey respondents who correctly predicted the bracket winners and national champion.

Thanks to members of the commercial real estate brokerage community who participated in the latest Apto National Broker Buzz Poll, which surveyed thousands of Apto customers and non-customers.