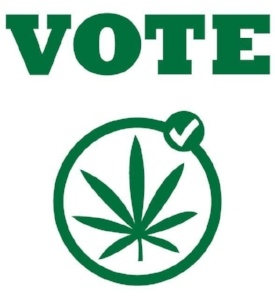 With voters having just approved the legalization of marijuana in three more states, Apto this week released the results of its latest Apto National Broker Buzz Poll, which was conducted earlier this month.

Incidentally, we named our periodic surveys “Apto Broker Buzz Polls” before cannabis real estate deals were in the news. We don’t mean to suggest that brokers are always buzzed! LOL.

On election day in the U.S., which was November 6, voters in Michigan legalized marijuana for recreational use, and voters in Missouri and Utah legalized the use of medical marijuana. Now, 33 states and the District of Columbia have enabled the sale of some form of legal marijuana.

Commenting on the poll results, Tanner McGraw, founder of Apto, said, “The slow but steady legalization of marijuana across more states is beginning to have an impact on real estate markets as local jurisdictions grapple with zoning and other issues that affect the availability of sites, be they for cultivation and storage or for retail sales of cannabis. The survey results suggest that there is somewhat of a shortage of sites, likely because allowable zoning has not caught up with demand.”

“Another apparent issue is financing for businesses engaged in marijuana cultivation, distribution and sales. Conflicting laws at the federal and state levels portend a thicket of regulatory compliance issues for participants in this industry.”

“Commercial real estate brokers are affected by these issues, be it location and siting, or capital and credit, as they work to serve the market.”

Thanks to those members of the commercial real estate brokerage community who participated in the poll, which included Apto customers and non-customers.