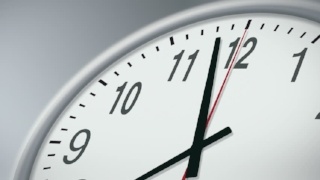 everal brokers have shared stories with us of their longest (and shortest) deals ever. You may have read about a multifamily deal in Chicago that stretched for over two years. This week, we’re sharing the story of an assisted living deal with a dramatic ending!

Kevin Vandenboss of Vandenboss Commercial tells the story of a deal that wrapped up mere minutes before the deadline.

When he listed an assisted living facility for sale, there was immediate interest. Two great offers came in just days apart, and a contract was signed almost immediately.

But when the buyer delayed depositing the earnest money, the trouble began. “He was saying, ‘Do I really have to get this done right away?’” recalls Vandenboss. “And I’m thinking, ‘He’s going to back out.’”

By this point, there was growing animosity between the buyer and the sellers, and the sellers were wishing they had gone with the other offer. “They caused delays for several months, and the buyer wasn’t backing down,” says Vandenboss. “He wanted the property, although he kept threatening to back out.”

And like that, a deal that should have taken 60 days started its slow crawl to the 11-month mark.

One day, the buyer showed up at the office, angry. “This guy is always wearing colorful clothes,” Vandenboss recalls. “He’s got a bright colored hat, bright colored shirt, and he’s just a really bubbly guy.”

But that morning, things were different. “I walked into my office, and there he was in the hallway, wearing all black.” The buyer was angry, and was threatening to pull out of the deal and sue the sellers.

Fortunately, Vandenboss was able to talk him down and get everything moving again. As the closing deadline approached, however, the buyer suddenly went silent.

“Everyone thought that the deal was off,” Vandenboss recalls. “But just to make sure, I called and checked with the banker directly, and he said, ‘Hey, we’re good to close by Wednesday!’”

The sellers—still holding out hope for that other buyer, perhaps—were shocked and angry. Still, everyone agreed to show up at the closing on Thursday at three o’clock.

“Three o’clock comes and there are no sellers,” recalls Vandenboss. “Three-fifteen: still no sellers. At almost 3:30, two of the partners walk in with grocery bags full of soda, Gatorade, and chips. ‘Well, we’ll be here a while, so we brought refreshments,’ they said.”

At that point, the third partner still hadn’t shown up. When they finally reached him two hours later, he said, “Yeah, I’m not coming tonight—be there tomorrow.”

But when tomorrow came, disaster struck. The third seller had come in and signed all the paperwork, but there was still one missing document that had to be signed by everyone before the five o’clock deadline.

“Now everybody’s threatening not to sign this thing, and the buyer is really mad at this point,” Vandenboss remembers. To complicate things, one of the sellers was already on the road by the time they all agreed to sign.

“It’s 4:30 by this point, and she’s one the phone saying, ‘I’ll be back in my office in 15 minutes and I’ll DocuSign it then,’” Vandenboss recalls. “I thought we were never going to make it.”

“We’re all sitting at the table, and I’ve got my laptop in front of me, hitting refresh every five seconds. It’s 4:56, four minutes before escrow closes,” Vandenboss says. “We’ve got the lady at the title company in line at the bank with the payoff check, waiting for us to call and say to deposit it.”

“And at 4:56, this eSigned document comes through,” Vandenboss remembers. “Just like that, the deal was done!”

But, he says, it never should have taken that long. “It was all ego, and deals blow up because of egos.” He also thinks things may have been different if he’d been more proactive, focused everyone on the big picture, and kept each of the little pieces moving along the way.

“This was one of the bigger deals of my career at that point, and the biggest commission check I’d ever earned up until then,” Vandenboss says. “I was planning to go out and celebrate when it finally closed, but instead I just went to bed. I thought, ‘I can’t even. I’m done!'”

Apto makes it easy to track, manage and work your deals from start to finish. A simple interface and intuitive workflow help you drive every deal forward, and sales tools help you turn your data into action so that no deal or detail falls through the cracks.