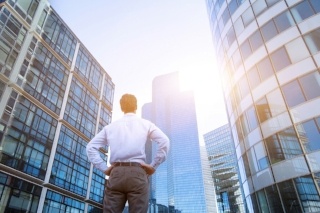 We asked brokers for stories about their shortest and longest deals ever. What did we learn? Well, sometimes you just get incredibly lucky and a dream deal falls into your lap and practically ties itself up with a bow. And other times, well…the stories speak for themselves.

Enjoy the first in this 3-part series and learn how brokers keep momentum and stay organized when deals carry on for years on end.

“Once a deal goes into contract, people think that that’s the end of it and it’s good to go—but that’s actually where things start to get contentious,” says Noah Birk, senior director at Kiser Group. “For example, if you have a seller or a buyer who wants to win all the little battles, it tends to be a very difficult process.”

One of his longest deals involved multiple buildings, a couple hundred units, and several moving parts. Where most of his deals take 60-90 days once they’re under contract, this one lasted two years from start to finish.

“The buyer had to raise capital to get their financing, but once they’d raised it, they didn’t have the track record to be able to attain the debt they were looking for,” explains Birk. “After that was sorted out, there were still large city violations that had to be addressed to get the deal moving again.”

Despite the hold-ups and surprises, Birk kept the deal moving forward by staying organized and making sure information was conveyed properly.

“That’s one of the main jobs of a broker: keeping the buyer and seller both focused on the big goal, which for everyone is either buy the building or sell the building,” Birk says.

“The thing that makes these deals drag out is often a lack of organization by the buyer, seller, or broker, where they’ve overlooked something in the numbers or there was a physical issue with a building that they didn’t know about or weren’t expecting,” says Birk. That’s why he always makes sure both buyer and seller are prepared with the information they’ll need up front.

Apto makes it easy to track, manage, and work your deals from start to finish. A simple interface and intuitive workflow help you drive every deal forward, and sales tools help stay organized, report easily to clients, and turn data to action so no deal or detail falls through the cracks.