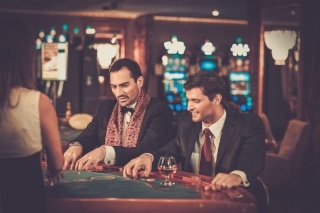 When you’ve been in the CRE industry for a while, you encounter certain myths and pieces of bad advice that just won’t go away. This week, we reached out to brokers to find out the one thing that keeps being passed around as truth—but simply isn’t so. Here’s what they had to say:

“The worst advice is also the most common,” says Bob McComb, creator of Top Dogs CRE Training. “It’s ‘All you need is a desk, phone, and guts. Jump in, make hundreds of calls, don’t worry about rejections because it’s just the way the business works.’”

“The truth is that CRE clients know the business, and they also know when a new broker doesn’t,” McComb says. “The best advice is, ‘Learn before you attempt to earn, so you don’t get burned.””

Always calculate your commission before closing

“The worst advice I’ve ever heard about commercial real estate is, ‘Never calculate your commission before the deal closes.’ I am shocked at how often this superstitious warning is given out under the guise of sage advice,” says Mathew Laborde, president of Elifin Realty.

“What prudent business owner (and that is what most of us are as independent contractor real estate agents) would not at least make an attempt at forecasting his or her future revenues based off of current activities? A very bad one.”

Create value for buyers and sellers

“The biggest real estate myth that will not go away is: Leave room in the price for negotiation,” says Chris Snyder, founder and principal broker at CSRE Real Estate Advisors, LLC.

“Why would a seller want to negotiate down when they can negotiate up? The reality is that all properties have value. It is our job as brokers to create value for buyers and unlock value for sellers,” says Snyder.

“Buyers first look at price, then at the product. When a property is offered at a fair or even at an under market price, a broker creates this value for a buyer. Buyers see a deal and the property increases its chances of a multiple offer situation,” says Snyder. “The price will increase and value is realized for the seller. A bidding war can also encourage buyers to reduce or remove contingencies and present better terms and unlock additional value for the seller.”

“This thinking goes against a lot of traditional real estate beliefs,” Snyder says. “But those beliefs are based on buyer-centric behaviors and attitudes. When we look at a deal from this perspective, value add is created for all parties, properties sell more quickly, and the market becomes dynamic and interesting to be a part of.”

Understand the power of small deals

“People think CRE is about big deals,” says Greg O’Donnell, founder of Plant Your Flag Real Estate Services. “But the fact is that most deals are not big, because most businesses are not big.”

“A lot of commercial real estate transactions come from what are essentially small and medium companies. If you look at the US Census Bureau data, you’ll see that 98% of companies have somewhere between 1-100 people,” he says.

“Big deals are what get published all the time. If you read The Real Deal or any research report by any firm, it’s all about the big deals that went down,” O’Donnell says. “But the reality is that everyone is living off of small and medium-sized transactions.”

“When I was at CBRE, we had visibility on all the transactions that occurred, and I looked at a lot of the deals and was kind of shocked at how few of them were very large,” he says. “At the end of the day, it’s all about the company’s size: if they’re only small and medium in nature, the deals can only be so big.”

Go where the money is in your market

“The worst piece of advice I have heard comes from managers at CRE offices,” says O’Donnell. “The managers of a typical CRE office at a national brokerage firm are looking to fill holes in service offerings, so they’ll say to a new agent, ‘Hey look, we don’t have anyone doing retail. You should get into retail.’”

“Well, there may be nobody doing retail in a given market because there’s no money in it,” he says.

“In my market, for example, there are about 100 commercial real estate brokers, and the city’s population is one million. It’s mostly an office leasing market, and there’s very little retail or industrial space work for brokers,” O’Donnell says. “The money is made in office leasing and tenant representation.”

What’s the worst advice you’ve received? Let us know in the comments!