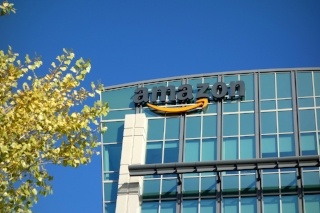 After receiving 238 proposals, Amazon narrowed the list of the possible metro areas to house its second headquarters to 20 contenders.

The list includes many of the country’s largest cities and is heavily focused on the East Coast, but it still isn’t clear where Amazon will build its new $5 billion campus and create 50,000 high-paying jobs.

From top contenders like Washington D.C. to cities that surprisingly failed to make the cut, we decided to take a closer look at how the Amazon HQ2 race is unfolding.

No less than three finalists are in the Washington D.C. area, namely: northern Virginia, Montgomery County and Washington itself. That’s the highest representation for any single region that bid for HQ2, and it suggests Amazon is deeply interested in the District.

To help explain that fascination, Seattle tech writer D.E Wilson said Amazon is specifically looking for a home for Amazon Web Services, the company’s most profitable division. If that’s the case, the D.C. area would be a good fit, considering Amazon already runs one of its largest data centers in northern Virginia.

Jeff Bezos’ $23 million D.C. mansion is another reason to think he’s leaning towards Washington. After all, why build yourself one of the largest homes in town and then set up shop across the country?

While Amazon may be leaning towards Washington D.C., the same analyst who predicted the king of e-commerce would buy Whole Foods also thinks the New York metro area has a shot.

Both New York City and neighboring Newark, New Jersey, made it into the top twenty, and it’s not hard to see why. The New York metro area is the most populated in the country and boasts a large supply of skilled tech workers, and Newark offered Amazon $7 billion in tax breaks.

Although the high costs of housing and commercial space in New York City may drive Amazon away, the company could find ample space at a better price just across the river in Newark. In addition to taking advantage of the highest tax break offered, the New York region boasts 100,000 more tech workers than the D.C. area.

Not as expected a choice as Washington D.C. or the New York area, labor-market conditions could give Sunbelt cities an edge. That’s because many Sunbelt cities are in a better position to add the 50,000 jobs Amazon hopes to create, and of the contenders that made the list, Austin is the strongest.

While New York City and Washington D.C. enjoyed job growth rates of 3% and 12% over the last decade, Austin’s job growth rate towered 36% over the same period. The story is the same for labor-force growth, and economists told the Wall Street Journal these advantages in employment growth could be an important factor for Amazon.

Whole Foods is also headquartered in Austin, which could give Amazon important synergies as it looks to expand its brick-and-mortar operations.

Two cities that surprisingly failed to make the cut

Despite huge areas of available land and two sites included in its proposal to house HQ2, Houston was the largest U.S. city to fail to make the top 20. It’s possible the recent damage from Hurricane Harvey helped push Amazon away, but Greater Houston Partnership CEO Bob Harvey blamed Amazon’s rejection on the city’s weak reputation as a tech leader.

“I believe this is a wake-up call for Houston,” Harvey said in a statement. “While there has been growing momentum in the innovation space over the last couple of years, this is a clear indication that we have much more work to do as a region to grow our digital economy.”

Even with billionaire developer Donald Bren’s offer to fund Amazon’s entire HQ2 construction process, which is expected to cost $5 billion, Irvine failed to make it onto the shortlist.

Bren ended his proposal with: “It’s 74 degrees on this beautiful October day, the sun is out and the surf’s up at our spectacular beaches. Please come join us! The water, like the place, is the perfect temperature.”

While $5 billion in financial backing and beautiful weather are hardly weak incentives, not to mention access to Southern California’s massive supply of tech workers, they failed to move Jeff Bezos. Which, upon second thought, isn’t all that shocking, seeing as he’s the richest man in the world and lives in Seattle.