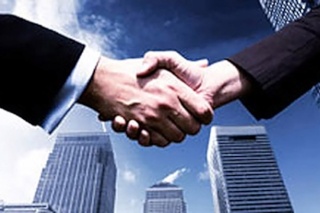 Whether you’re finding prospects or making the final handshake, the entire CRE deal lifecycle is built on a series of negotiations.But beyond the current deal, top brokers know the way you negotiate sets you up for success or failure in the future.

From doing your homework to building a strong reputation, use these five tips to master the art of the negotiation and win more deals.

Never start a negotiation without first getting the facts straight. Not only will doing your homework give you the data you need to back up your points and arguments, it will also help you understand where the other side is coming from. That makes it a lot easier to find common ground and strike a better deal for both sides.

But beyond just knowing the facts, take the time to prepare supporting evidence for every key point you’re planning to make. Having the numbers on hand boosts your credibility, strengthens your position and leads to a smoother negotiation.

While it isn’t possible to plan every single aspect of a negotiation over the entire deal lifecycle, that doesn’t mean you shouldn’t try. Create a game plan for each deal that covers the key aspects of your proposal.

Think through possible objections the other side will have for each of your points and consider how you’ll overcome them. While reality has a tendency to stray from the theoretical, taking the time to create a detailed plan will always leave you stronger and more prepared.

No matter what stage of the deal you’re in, negotiating efforts are always better spent with motivated parties. Do your best to determine how motivated a potential buyer/seller is and prioritize your time and strategy from there.

This will help you stop wasting time dealing with sellers that are just testing the water or buyers that are only interested in making lowball offers.

Remember: it takes two to negotiate. So allocate your efforts according to how interested the other party is in actually negotiating.

Your reputation impacts every negotiation you make. Never make false promises or idle threats in the hopes of winning a quick deal — it might work now and then, but when it eventually backfires it will cause lasting damage to your reputation.

Instead, see every negotiation as an opportunity to keep building a credible reputation for yourself in the market. When you say something, the other party should know you are going to follow through with it whether it’s what they want or not.

A strong reputation for credibility will make people comfortable working with you, while establishing that you’re not one to be pushed around.

5. Set the groundwork for future deals

Yes, you want to win every negotiation, but why aim for a single short-term success when you could lay the groundwork for a possible long-term collaboration?

Rather than squeeze as much as you possibly can out of every deal, work towards striking a deal that satisfies both parties and leaves the other side happy they worked with you. Just as previous clients are your best source of business and an important source of referrals, work to view the other party in your negotiations not as an opponent but as a collaborator.

If you’re successful there’s no reason they won’t be happy to work with you again.

But at the same time, don’t get in the habit of giving anything away for free. Always be ready to walk away if it’s clear the other side isn’t interested in reaching anything approaching a mutually beneficial conclusion.

Negotiations are a balancing act. Both parties want to strike the best deal, yet rather than trying to entirely deny the other side, masterful negotiators work to find common ground. No matter what part of the deal lifecycle you’re in, use the above tips to further your career and make your next deal a success.