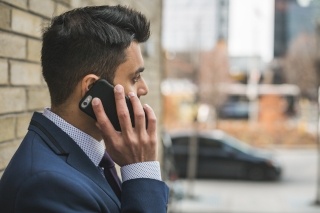 To be a great broker, you’ve got to be great at sales: it’s how you build relationships, turn them into deals, and keep your business growing. But sales—as you already know—is about more than just making your way down a call list or blasting out an email. In fact, some of the most powerful sales skills are often very subtle.

Here are four underrated sales skills you should cultivate:

1. Know when to connect.

There’s never really a wrong time to reach out to a prospect, but there are times that are more right than others. (Assuming you’re sticking to normal business hours and haven’t made a habit out of 2 a.m. phone calls).

Use a tool like Apto to keep track of your contacts, generate targeted call lists, and get the timing of every interaction right. Sure, you could open up an Excel spreadsheet and sprint through as many calls as you can fit into a day. But you’ll probably be better off contacting half as many prospects if you’ve targeted them carefully and know that right now is exactly the right time to be reaching out.

2. Know how many follow-ups it takes to get a yes.

Or at least do your best to find out! How often do you follow up with potential clients? A couple times, here and there? Once per quarter? Whenever you find yourself asking, “Hey, I wonder what happened to that guy?”

Most people simply don’t follow up enough. They might make a pitch and check back on it two or three times, but that’s about it. They’ll interpret a lack of response as a lack of interest, and they’ll get discouraged.

But people may not be getting back to you for a number of reasons: they may simply be too busy, or have you at the bottom of an ever-growing to-do list, or have forgotten all about your opportunity and would appreciate a nudge.

Follow up until something happens. Follow up until the other person tells you they aren’t interested, or until you know exactly how many follow-ups it takes to get a “yes”. Just do it respectfully and in a way that benefits your prospect each time. You can let the other person know up front that you’ll be following up, or even ask permission to follow up in a way that creates value for them.

3. Know what your prospect actually cares about.

In the past, it may have been enough to know your prospect’s name and title before making the first phone call. Today, there’s far more information out there about everyone, and it’s your responsibility to use it right. Between LinkedIn, social platforms, and the person or company’s own website, you should have a good sense of who you’re calling and what’s probably going to matter most to them before you even pick up the phone.

With a good CRM, you can maintain fairly sophisticated records of each person in your database. From the types of deals they’re interested in to the sports teams they’re rooting for, you should have a way to keep track of it all so you can have more meaningful conversations with each person that you reach out to.

4. Know when to stay quiet.

The pitfall of having all that background info at your fingertips is that it can lull you into thinking that you already know all there is to know about a prospect. Even if you think you understand what’s important to them, give them a chance to say it themselves.

Learn to listen, and listen well, to what a prospect is actually telling you. No matter how much background info you have, there’s almost always something that will surprise you or add to your understanding.

Ask good questions and then get out of your own way: stay silent for just a couple extra seconds to be sure the other person has finished speaking. Listen to what they’re saying without worrying about what you’ll add next. Selling isn’t about saying more: it’s often about listening more, saying less, and knowing exactly when to stay quiet.