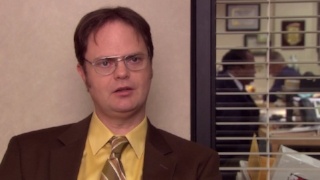 The majority of brokers we know are professional, hard-working, and great with people—which is essentially a prerequisite for being successful in this industry, right?

Still, we were fascinated to read complaints about brokers and other commercial real estate professionals who were apparently coming across as rude, entitled, and condescending—and turning off potential clients and investors in the process.

Here are some comments that stood out from frustrated investors and business partners:

All of these got us thinking: surely the brokers (and service reps) guilty of this behavior would stop if they knew what a poor impression they were actually making.

But if you were making these blunders, would you even realize it?

Here are three common ways you could be turning people off without even knowing it:

You think: “I’m being confident.”
They think: “They’re being arrogant.”

As a broker, you have to project confidence—if you don’t, how can others be confident about working with you? But that’s where things get tricky, because there’s a fine line between confidence and arrogance. And if you’re not careful, you’ll end up on the wrong side of it.

As one poster writes, “[The rep who called me] was amazed I didn’t need his service. His immediate response was, ‘Oh, you’re probably just doing a deal or two a year, huh?’ Yeah, I’m not buying anything from this guy…he probably has no idea how horrible that comment sounds to someone on the production side.”

So what exactly is the difference between confidence and arrogance? As Charisma on Command puts it so beautifully: “Confidence is a statement. Arrogance is a scream.” Check out their great video on how to be confident without being arrogant:

You think: “I’m trying to keep the conversation going.”
They think: “Wow, they don’t know what they’re talking about.”

As another person writes, “When I first started out I actually got Daniel Brodsky on the phone and he called me a sarcastic a**hole. In his defense, I had no idea ‘who’ he was, and I was using basic cold calling ‘tricks’ to get him to answer questions. It certainly wasn’t intentional…I changed my approach since then.”

First—you should already know the person on the other end of the line is, and what they care about, before you ever pick up the phone. But when you don’t know what you’ve gotten into and you’re at risk of bluffing your way through it, the more graceful thing to do is admit it, apologize for wasting people’s time, and be a lot better informed the next time around.

You think: “I’m being helpful and providing valuable insights.”
They think: “They’re being condescending.”

If you’ve gotten to know your market or specialty really well, that’s a great thing—and it can provide a ton of value to your clients. But be careful with how you share that information. Before you launch into a detailed explanation of a valuable insight you’ve uncovered, consider the possibility that your prospect already knows about it!

Before sharing what you know, preface it with these subtle little words that signal respect: “You may already be aware of this…” So simple, but so respectful. Even better, ask for permission to proceed with your explanation. For example: “We’ve noticed something really interesting happening in the market lately—can I share a few insights?”

If you think you may be guilty of some of these mistakes—whether it’s coming across as arrogant, being unintentionally condescending, or not admitting when you don’t know something—that’s okay, we’re all been there. What matters is your willingness to learn from them and become a better broker because of them.